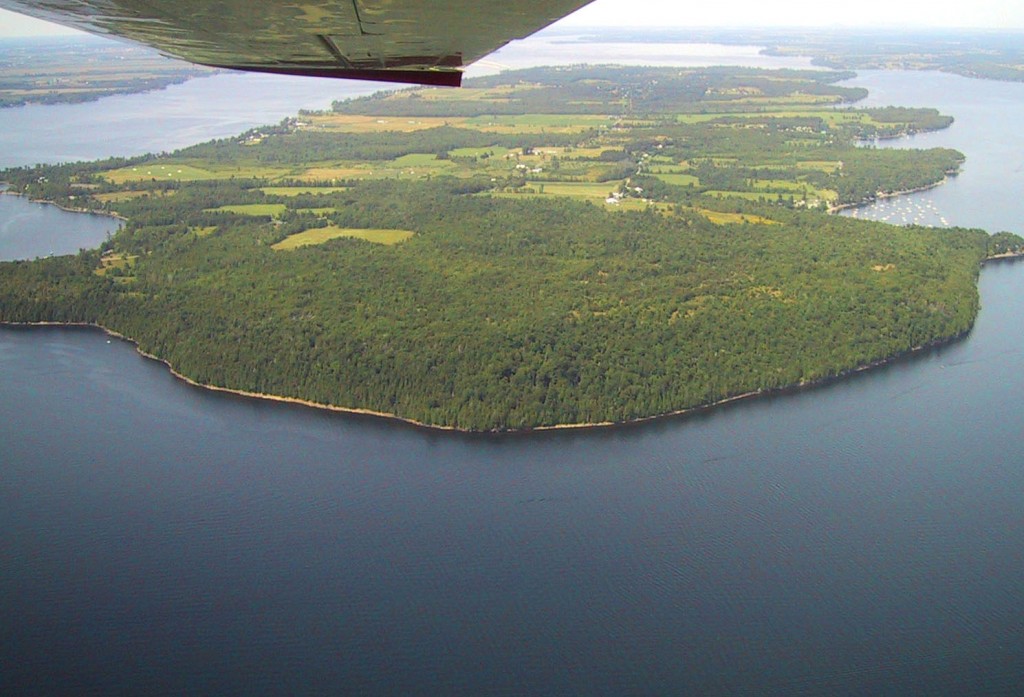 In the northwestern corner of Vermont on Isle La Motte, the northernmost island of Lake Champlain, is a remarkable natural phenomenon: the Chazy Fossil Reef, formed some 460 million years ago during what geologists call the Ordovician Period.

Earth's dry land surface 460 million years ago would have been, to our eyes, a strange and barren place with no living things except bacteria, and perhaps  some lichens and mosses.  Carbon dioxide levels in the atmosphere were 10 to 15 times higher than today.

Sea levels were higher than now, flooding most of the continents of today.  The continents themselves were mostly located in the southern latitudes. What would become North America was, at that time, slightly south of the equator  far to the East where Zimbabwe is today.

Marine animals had begun to develop hard exoskeletons of calcium carbonate, body armor perhaps, against the ever increasing array of predatory life forms which populated the oceans.  When these hard shelled animals died their exoskeletons piled up on one another, creating mounds or reefs on the ocean floors.

Along the continental shelf of proto-North America, reefs had begun to develop in a shallow tropical sea - the Iapetus Ocean.  As they developed over time, they evolved into the earliest biologically diverse reefs in the history of life on Earth. 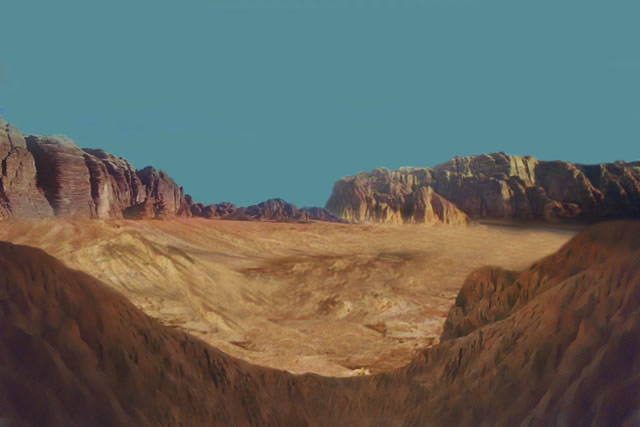 Earth's surface 460 million years ago would have looked like a dry and barren place. 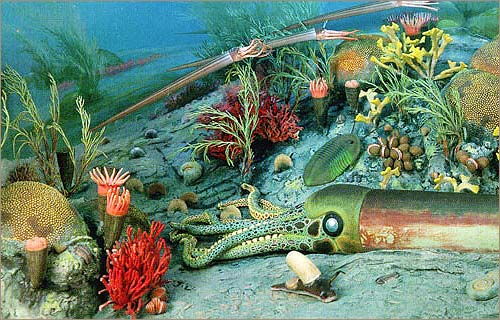 Life in the oceans some 460 million years ago.  Here we see life forms including a cephalopod, sponges, bryazoz, stromatoporoids, gastropods, and trilobites.  Their fossil forms can be seen in the Chazy Fossil Reef in the two preserves on Isle La Motte.

The fossil record of the earliest reef system is known to scientists today as the Chazy Fossil Reef. Though the reef originally stretched 1,000 miles along the continental shelf of ancient North America only remnants can be found today in Newfoundland, Quebec, Vermont and Tennessee.   Excellent examples are found on Garden Island and Valcour Island in Lake Champlain, with the best and most complete fossil record being located on Isle La Motte where a walk from south to north tells the story of reef evolution.

The story of this ancient reef is told in the rocks on Isle La Motte where fossil imprints of plants and animals of long ago are etched in the rocks. 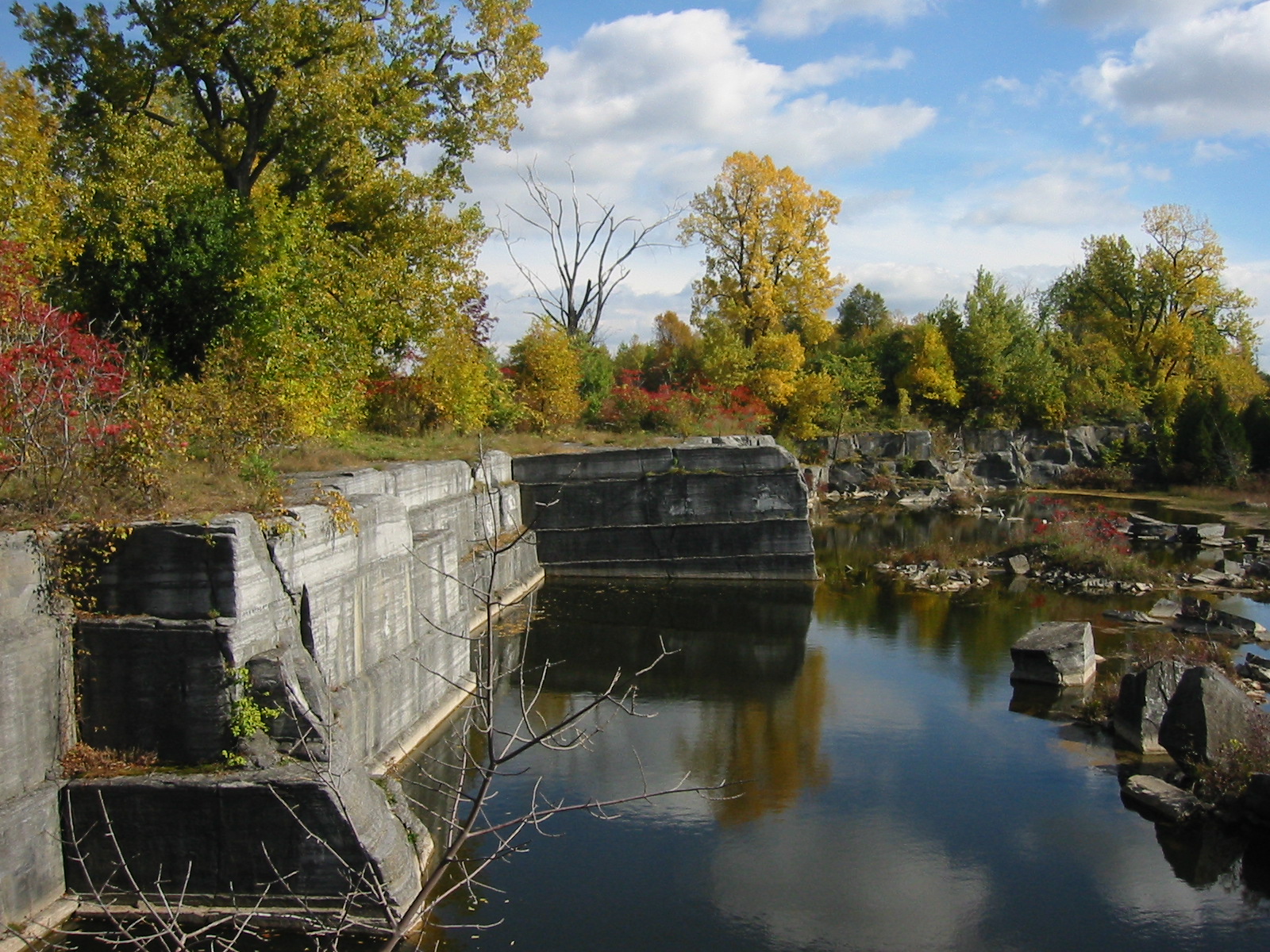 White fossil forms in the walls of Fisk Quarry

Fossil "stromatoporoids" in the quarry walls. 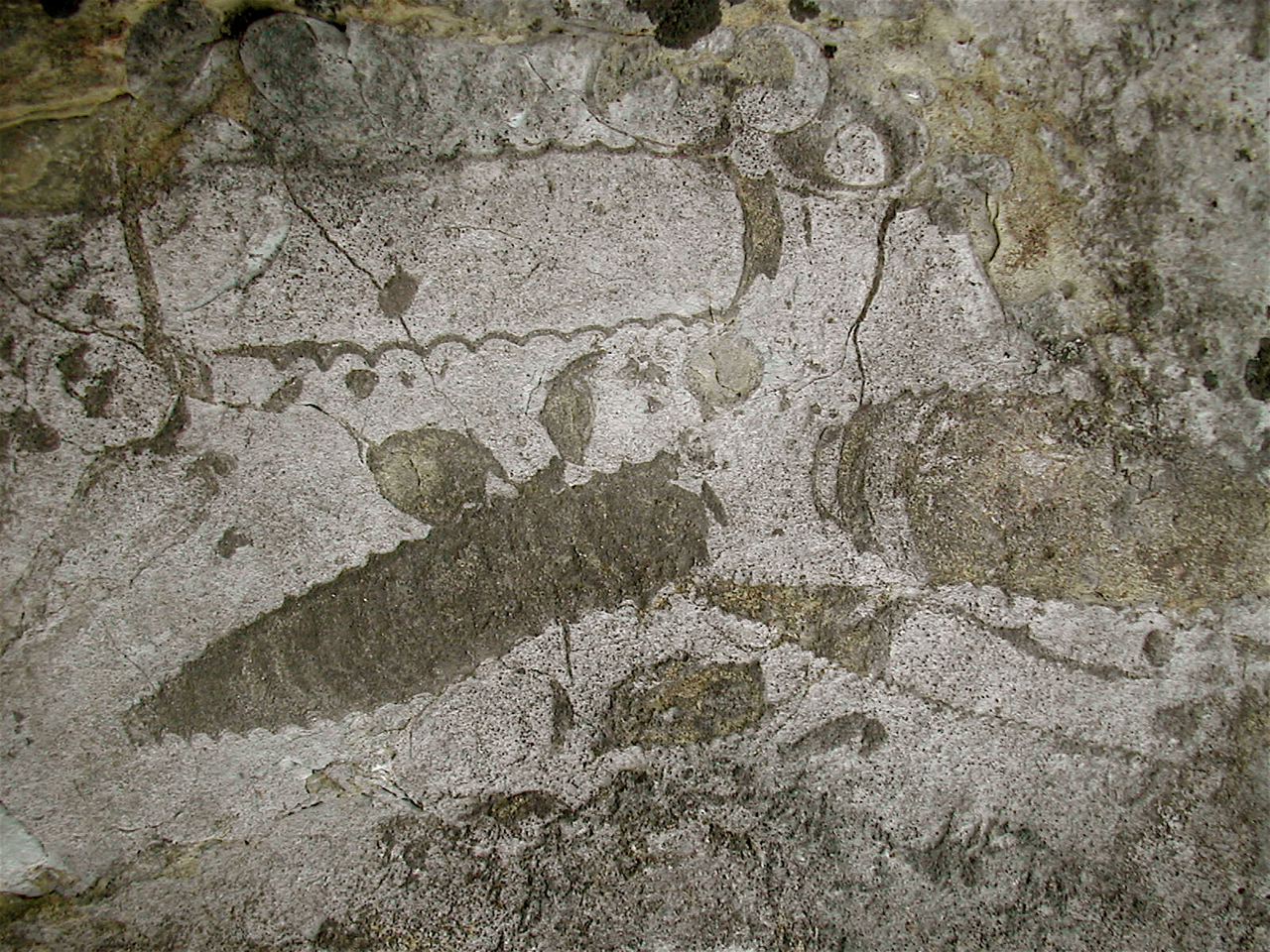 Cephalopods in the reef rock outcrops in the Goodsell Ridge. 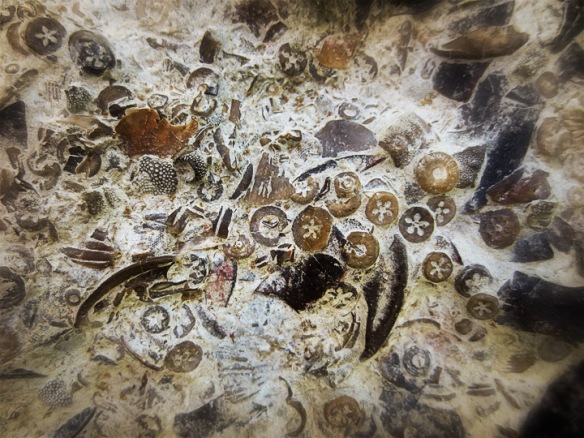 The diversity of tiny life forms in the Chazy Reef. Photo by Art Murphy

The Chazy Fossil Reef on Isle La Motte  provides scientists with an extraordinary opportunity to study primitive reef formation, shedding light on a fascinating period in thehistory of life on earth.  It is regarded as a national treasure and was awarded the designation of National Natural Landmark by the Secretary of the US Department of the Interior and the Director of the National Park Service in January, 2009.*

The Isle La Motte Preservation Trust of Isle La Motte, Vermont has announced that several sites with exposures of the ancient Chazy Fossil Reef in Vermont and in New York State have been awarded the prestigious designation of “National Natural Landmark” by the Secretary of the US Department of the Interior and the Director of the National Park Service.

The ancient 480 million-year-old reef as it occurs in the Fisk Quarry and Goodsell Ridge Preserves on Isle La Motte, on adjacent private lands, and on Valcour Island owned by New York State, have achieved the coveted designation. Both locations are historic islands in Lake Champlain.

Governor Jim Douglas stated, “ Vermont takes pride in being home to the world’s oldest  ecologically diverse fossil reef.  This designation is a remarkable achievement for the Isle La Motte Preservation Trust and for all of Vermont.”

“This well deserved designation comes as a very timely Champlain Quadricentennial honor for Isle LaMotte and Vermont.  I want to congratulate the Isle La Motte Preservation Trust and the citizens who worked tirelessly to make this a reality,” said Vermont Senator Patrick Leahy.